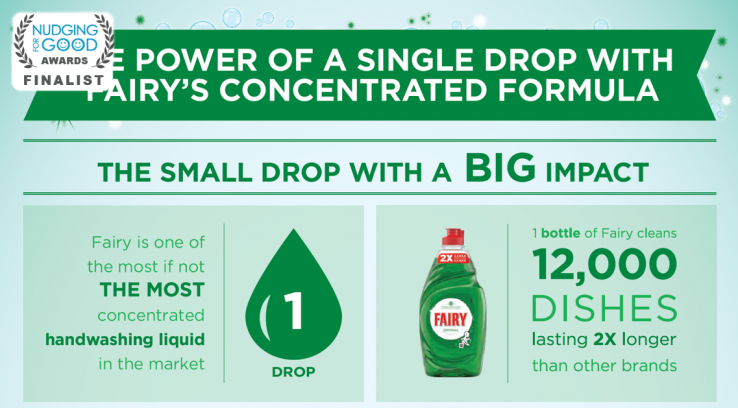 Procter & Gamble – Fairy, the powerful drop that is hard to stop

Before Fairy launched, consumers did not distinguish dilute dish liquids from concentrated products: at shelf, they chose bigger bottles (or bidons) from well-known brands, thinking it was better value for the money. In reality, consumers dose much more dilute product to get the job done, ending up spending more money and having a greater environmental impact.

Fairy took this challenge to heart: Get consumers to re-think their behavior by communicating that small can be mighty.

We aimed to re-frame the comparative choice by de-biasing bottle size, and creating salience for economic advantage.

Since launch, the brand message has been about how powerful the product is and how a little amount is enough to do a lot: all our brand building visuals underscore this main idea.

The behavioral nudges were built to consistently prove that 1 bottle of Fairy lasts longer vs. competition, in a local and larger than life way:

As part of the brand communication, Fairy leverages big consumer’ events where we demonstrate its power washing 18000 dishes with one bottle.

Additionally, we leveraged a local celebrity Berna Lacin as a model that Turkish women could readily follow: she helped to drive adoption of the new habit that consumers need to undergo using Fairy and reinforce the message that SMALL CAN BE MIGHTY.

P&G launched Fairy in 2010 and has now a market penetration of 45%. Since launch, Turkish consumers have: 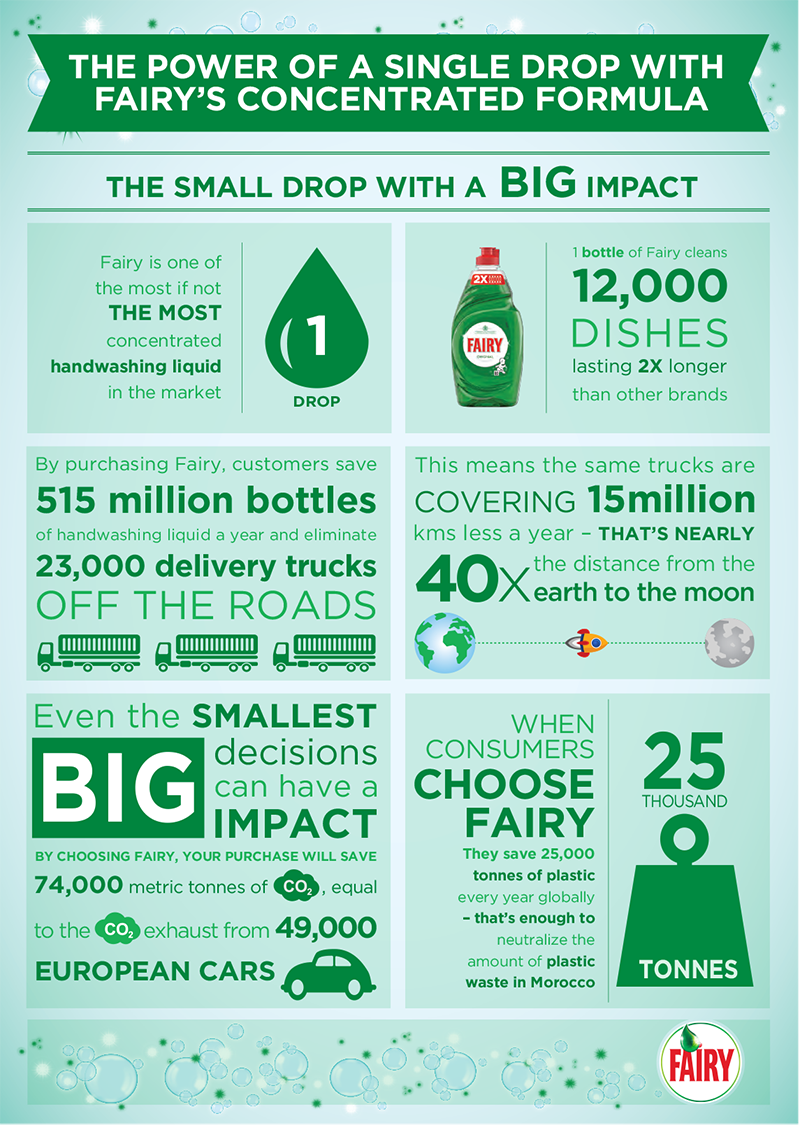