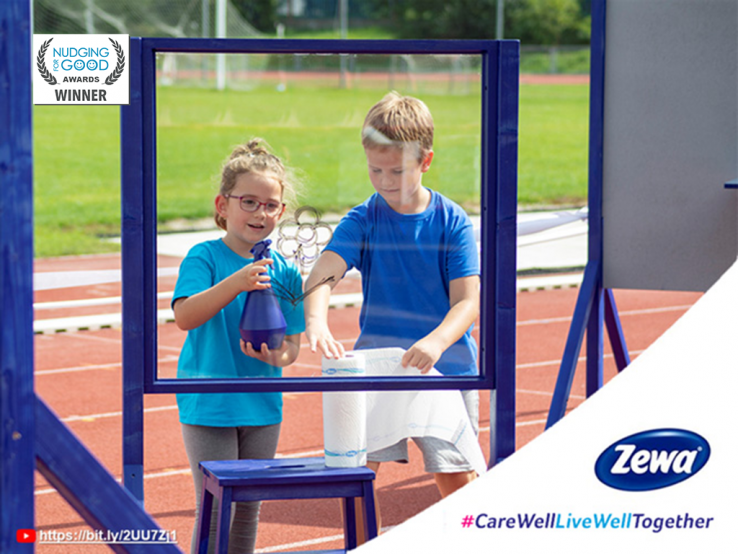 Hygiene Has No Gender – #CareWellLiveWellTogether

Zewa conducted research in Hungary which showed that, while 87% of parents found it important that their children grow up in more equal families where home hygiene tasks are shared by all, 69% of all home care tasks are still performed by women and 31% by men. This has significant implications for children who, through hygiene and care tasks which they see from a very young age, are exposed to gender stereotypes that can limit their potential later in life.

It has been unusual or even uncomfortable for people to highlight or discuss gender inequality in public fora such as social media: this is a major obstacle for change. For this reason, Zewa teamed up with experts (psychologists, sociologists, teachers) to raise awareness around the issue and normalise the discussion. The main awareness raising content was a 3-min online video that reveals the gender stereotype issue and how it plays out in relation to household tasks. This was done via a social experiment that revolves around and heroes children. The experiment was a school obstacle race, designed in order to reflect the existing, unfair balance of family hygiene tasks between men and women. The brand also revised its tag line to reflect what children expressed in the film, changing it to ‘Care Well, Live Well, Together’. In creating this content Zewa was:

• Providing a platform for children to reveal the hidden stereotypes
• Highlighting the barriers that stereotypes present towards children developing into well rounded people
• Facilitating a wider discussion amongst people as they responded to what they saw.

From little or no conversation around this topic in Hungary, Zewa’s #CareWellLiveWellTogether campaign went on to reach 3.5M people (35% of Hungary’s population) from which more than 80% were reached organically after the video received more than 12K shares, 12M PR impressions and fostered more than 4.5K overwhelmingly positive comments discussing the topic and supporting the behaviour change.